Apartments for Sale in Sisli Istanbul 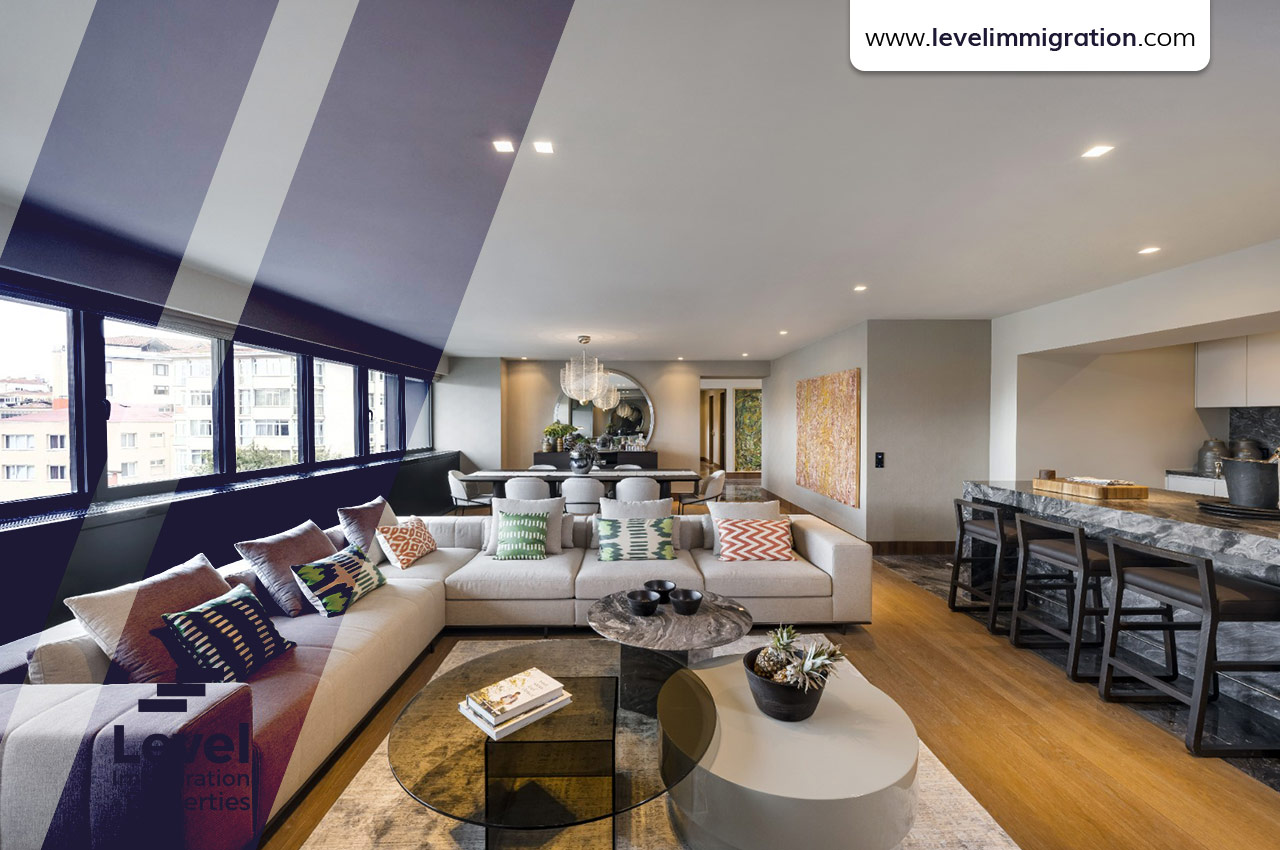 Sisli is considered one of the most important residential areas in Istanbul, because it contains various facilities that make Arab and foreign investors come to it, and to search for apartments for sale in Sisli Istanbul, because of its advantages that we will talk about in the next lines, so be in constant contact with us.

The location of Sisli district in Istanbul:

Sisli is located in the European part of Istanbul, and is considered one of the well-known historical areas, and there is a well-known mosque, Sisli Mosque.

There are a lot of options available to everyone who wants to buy apartments in Sisli, and the reason for this is the variety of shapes and prices of these apartments, where there are high prices and low and medium, and the options and styles of apartments vary between duplexes and triplexes, hotel apartments, smart apartments, and apartments for student housing.

There is no doubt that Sisli is characterized by a developed infrastructure that made it occupy a prominent place among the areas of Istanbul available to buy apartments, as well as the architectural and modern design of buildings and houses inside and outside.

In addition to the presence of a large number of private and government schools and universities, a lot of free treatment services, and hospitals designed according to international quality specifications are also available, which made it the destination of many real estate investors.

It is worth noting that it has a strong transportation network that connects it with the rest of Istanbul's other regions.

There are also places for fun and picnics, as well as the spread of green spaces, parks, clubs, children's playgrounds, cafes, restaurants, as well as malls, markets and stores that contain international brands.

The population of Sisli in 2017 was about 318,000 people, on an area of ​​35 square kilometers of the region, divided among a number of neighborhoods.

Sisli was a rural area in 1800 AD, where its activities were confined to agriculture, and with the end of the Ottoman rule it became a residential area for the middle class of citizens.

Sisli was imprinted with the French character that affected it in this period, as the spread of French culture appeared on it in the form of buildings made of stones, in high ceilings lined up side by side, with wide roads, and tall old buildings containing elevators built in a somewhat traditional way .

As for the nature of the population, they were of the middle social class, and most of them were merchants with different cultural backgrounds, such as the Greeks and the Balkans. It is worth noting that the Sisli area was inhabited by some Turks who worked hard to build their homes after a fire in 1870 AD in the Beyoglu neighborhood, and we still see some individuals of Armenian descent inhabit the area until now.

Sisli continued to the republican era as a suitable residence for merchants and middle-class people, as well as being a home to poets and writers. Buildings containing cafes, theaters and some artistic and cultural facilities were built until the Hilton Istanbul Hotel was built there in 1950 AD to be one of the most important signs of the city so far.

Information about the neighborhoods of Sisli:

Each neighborhood in this region has its own history and stories, so we decided to show you some of these neighborhoods that came as follows:

*It is one of the most prestigious neighborhoods of Sisli, contains art buildings, and has a famous hospital, the American Hospital.

*It has all the services that make it a special place for apartments available for sale, in addition to being one of the neighborhoods that include the wealthy, due to the high prices of apartments in it.

*It has Ataturk Airport, which is a link between it and all areas of Istanbul, which makes it a destination for investors wishing to make profits from real Estate Investment and buying real estate.

This neighborhood includes the following complexes:

*It contains a large hospital group.

*This neighborhood was a shooting training ground for the Ottoman armies.

*It contains an orphanage built since 1896 AD in the Ottoman era.

*The area contains an Ottoman mosque.

*This neighborhood included an agricultural area containing fruit-producing trees, until it was developed in the sixtieth century and became modern architectural lands.

One of Istanbul's most distinctive features is that it contains attractive and impressive tourist areas, and Sisli is considered one of the most important areas that includes many tourist attractions, in addition to its strategic location that beats with movement, as it is considered the commercial heart of Istanbul.

The Sisli region includes some distinctive places, which make it a favorite tourist destination in Turkey, and these areas are as follows:

-A group of fine restaurants.

-Historical museums such as the Ataturk Museum and the Turkish Military Museum.

-Gardens and picnic spots such as the well-known Maca Park.

-Various cinemas all over Sisli.

-It contains historical luxury mansions, such as the Ottoman Ihlamour Palace.

-It has the famous Tesvikiye Mosque in Turkey.

How to get to Nisantasi Street in Sisli:

Nisantasi Street is one of the famous tourist attractions in Sisli, Turkey, because it includes many marketing centers, and many picnic spots that the family prefers to go to, and this way to reach it is one of the most important areas in Sisli:

Getting to Nisantasi Street from Taksim Square:

Taksim Square is one of the most important areas in Sisli. It is about 2 km away from Nisantasi Street, and it is easy to reach it by car in no more than 6 minutes, but when using the bus, the time may take a quarter of an hour, and the destination may need to walk forward for no more than About 8 minutes.

The shortest distance between Nisantasi Street and Sultanahmet is about 6.5 km and heading to the street by car can take about 20 minutes, but if you go by bus, it may take about half an hour.

In conclusion, everyone who travels to Turkey, whether for the purpose of hiking, studying or working, is fascinated by it, especially in the Sisli area in Istanbul, so we see the search for apartments for sale in Sisli Istanbul is very increasing, especially during the recent period, due to several reasons, including its advantages and excellent strategic location, it is a good way to a profitable real estate investment.