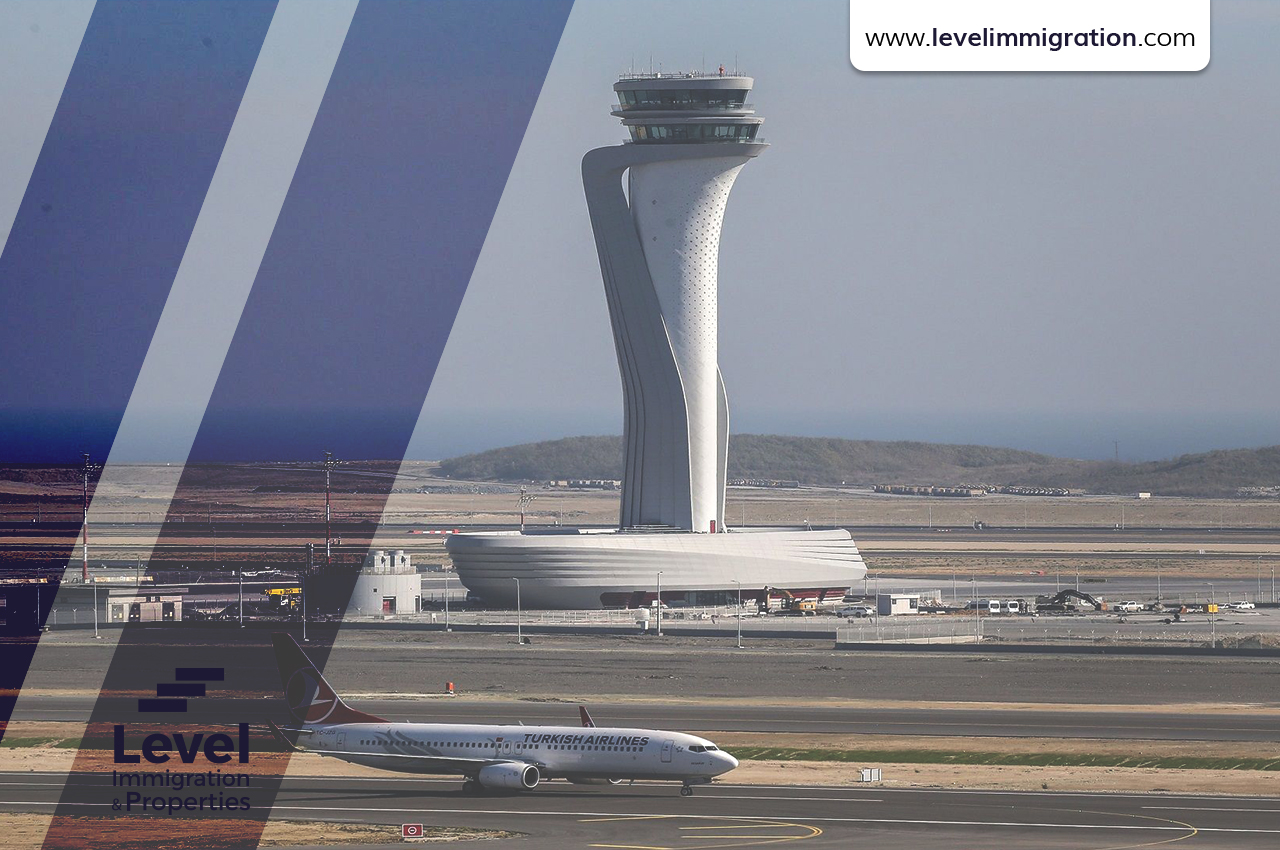 Within a short period of time, the new Istanbul Airport was able to occupy an advanced position at the global level, and it is still under construction. It has won many international awards and surpassed the most important airports in the world.

In this article, we will inform you about Istanbul's third airport and the most important and most prominent details that relate to it at all. If this topic interests you, we advise you to follow up to the end.

What is the New Istanbul Airport?

Before anything and any details related to the third airport in Istanbul, you should know that it is one of the most important infrastructure projects that exist in the city of Istanbul in particular, Turkey in general, and even the world, and because of it, Turkey has become one of the most prominent destinations that foreigners choose to come to from different countries of the world, including students, tourists, or those who are looking for a place to stay.

As for the reason for which the new Istanbul Airport was built, it is to relieve the pressure on Ataturk International Airport and Sabiha Gokcen Airport and to meet the appeal of those wishing to come Turkey from all over the world for various goals.

Location of the third airport in Istanbul:

Specifically, it is located on the European side of Istanbul in the Arnavutkoy area, which is located in the northern part of the city and was chosen to build this project on as it contains a lot of large areas, in addition to being in an exceptional strategic location near the Black Sea.

This airport was opened in 2019 and as a result it was announced the closure of Ataturk International Airport and its transformation into a large and modern city in Turkey and into an exhibition city to contribute to the increase in tourism, activity and vitality in this side of Istanbul.

In your opinion, what are the reasons that helped the new Istanbul Airport to occupy advanced positions at the global level, and even surpass many other important airports in the world? What you do not know is that this airport was a big shift that helped Turkey move to be one of the competing countries globally. If you ask today about the largest air transport station in the world, you will receive one answer, which is (the New Istanbul Airport).

Through the following paragraphs, you can see the most important and prominent advantages and specifications of the new Istanbul Airport.

One of the most important features of this airport is that it has a very large area of ​​one million square meters, and this is what helped it to be ranked third in the world among the largest airports in the world, this reflected positively on various sectors in Turkey, especially the tourism and economic sector. Did you know that this airport has 77 flight gates? And 229 passport control points? As well as a 500-point review of airline tickets? It also contains more than 143 bridges to transport passengers.

An airport of this size will certainly provide many important job opportunities and for many people, and you should know that it constitutes 4.9% of the total domestic income, according to what the Turkish government announced, and this is due to the fact that it generates a lot of profits.

3- Its connection with a transportation network:

The Turkish government is working to provide the airport with many public transportation lines that help connect it with the city center and thus easy access to it, whether for departures or arrivals, and efforts are still being made to develop this transportation network to connect the airport with various areas of the city, especially the central areas.

It is important to point out many details related to Istanbul's third airport in Turkey, which we will review through the following paragraph in details:

Many specialists and scholars of the status of this airport stated that its cost exceeded 23 billion US dollars, and about 10 of them went to construction costs only.

Due to its large area, inside it you will find many sections and parts, most notably the huge runways and the 6 landing rooms, as well as the inspection garage for 500 aircraft at the same time, and this is what prompted many to describe it as huge.

It also contains 3 control towers, which are electronic, and there are 8 control towers and a parking containing 70,000 cars at the same time.

Did you know that it is one of the most important pillars on which the Turkish economy is based, since its inception until the present time, the total domestic income of the Turkish state has increased by an additional 79 billion dollars, as well as contributed to the decrease in the unemployment rate and provided about 80,000 job opportunities during its construction phase and after its completion it will provide 120 A job opportunity.

According to what was announced by locals, Istanbul's new airport will accommodate 150 million passengers annually, thus winning the title of the largest air transport station in the world, and as for its capacity, it is expected to reach 500 aircraft at the same time.

Is the new airport constitute a burden on the environment?

Opinions differed in this regard, as there were those who said that it would be a danger to the environment and would threaten it, since it is located within a forest and an outlet for the city of Istanbul. But, according to those in charge of the project, the airport is completely environmentally friendly and is the first airport in the world that contains a radar to monitor bird movement so that birds are less affected by air traffic.

Impact of the new Istanbul airport:

Some may think that Turkey's real benefit from Istanbul's new airport will not be until after 25 years have passed, that is, after its ownership is transferred from the founding company to the Turkish government, but in fact this information is not accurate at all, as it is a reflection of its presence on various sectors in Turkey from the moment .The first one in which it was operated, and one of the most prominent areas that was affected is the economic and real estate, so you find that the city of Istanbul in particular has become the focus of the attention of many real estate investors around the world and they have chosen the areas near it because they benefit more and real estate prices are constantly increasing and it is expected to rise significantly with time, and this is because it has become characterized by a distinctive strategic location and also because the demand for it is large and unprecedented.