Istanbul Water Canal… A new World of Development and Prosperity 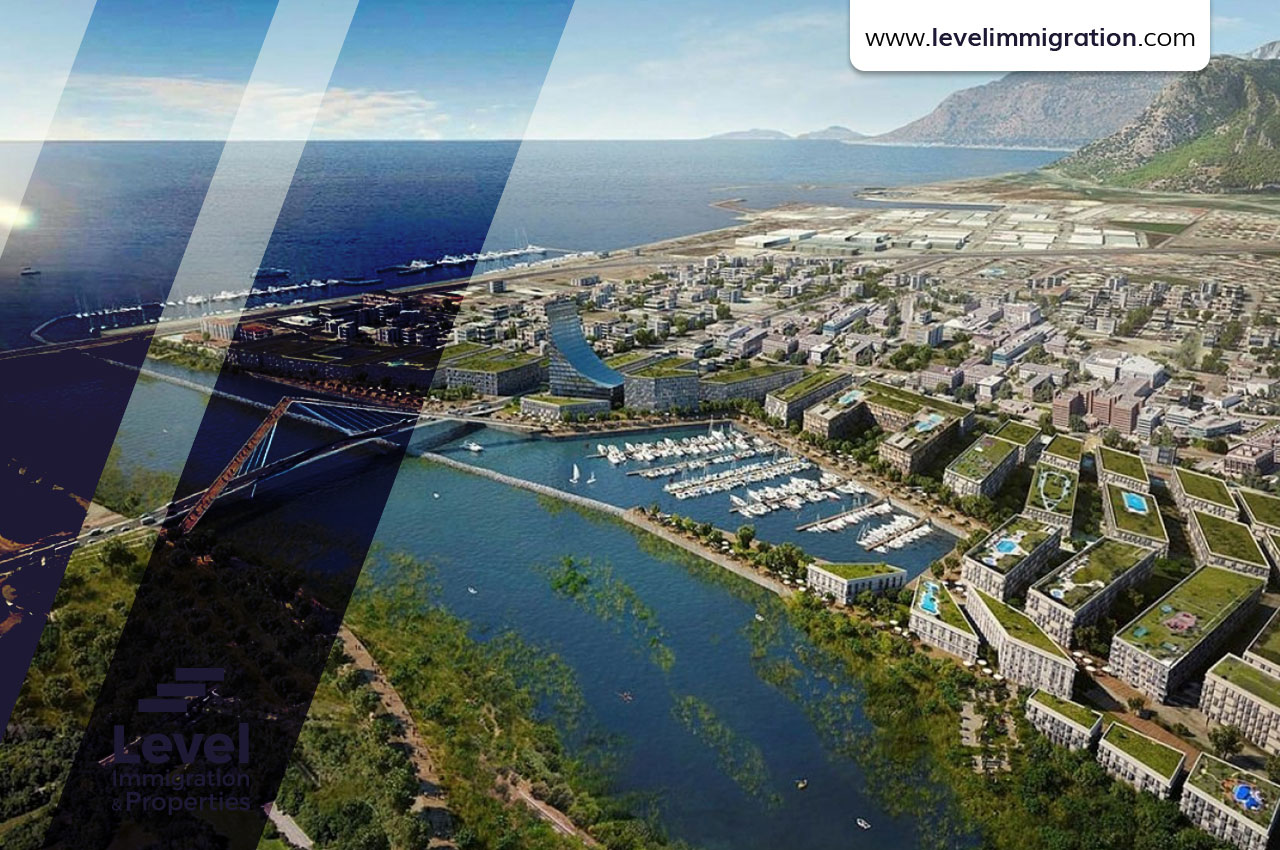 The Turkish government did not hesitate to provide many important projects that support and enhance the strength of the infrastructure, knowing that this matter has a great impact on the various sectors of life in Turkey.

Through this article, we will highlight one of the most important projects that are being built in Turkey, which is expected to make a qualitative leap in the Turkish reality, which is the (New Istanbul Water Canal).

If this is one of the topics that interest you, you can follow this article to the end.

-It is one of the projects with guaranteed results. It has been studied and planned for a very long time.

-It will be an important alternative to the Bosphorus.

-Its impact will not be on the Turkish state only, but on the whole world, as it will change the map of land and sea transportation globally.

-The revenue generated by the new canal is 8$ billion annually.

-On both sides of the canal, many luxury real estate projects with international specifications will be established.

-The new Istanbul Water Canal will open the way for real estate investors around the world to build their distinguished projects.

In this regard, you should know that the new canal is one of the largest and biggest projects built in the world, not only in Turkey, and its location specifically on the European side of Istanbul. It is a waterway located west of Istanbul's new airport along the Bosphorus Strait. It is the link between the Black Sea and the northern Marmara Sea from the southern side.

-As for its length of 45 kilometers, its depth up to 25 meters and its width of 275 meters, the canal will start from Lake Kucukcekmece to the western side of Istanbul and will extend from the north to the village of Shamlar.

What you do not know is that this canal will divide the European side of Istanbul into two parts and then connect them through 8 bridges that will be built over the canal.

According to the initial estimate, the cost of the new Istanbul Water Canal will be about 25 billion US dollars, 15 billion of which have been allocated for building the canal and the remaining 10 billion will be for urban projects that will be built near it and for infrastructure development.

The importance of the new Istanbul Water Canal:

The presence of the Istanbul Water Canal imposed many important privileges that will affect many other aspects in Turkey, and through the following paragraph, we will mention the most important of them:

-Compensating Turkey for all losses it incurred due to the Montreux Agreement, which deprived it of its right to receive its profits.

-It will contribute to Turkey being among the ten most powerful economies in the world.

-It is a new source of income for Turkey, estimated at ten billion US dollars.

-It will relieve the burden on the Bosphorus.

-It will allow more than 160 ships to cross daily.

-Strengthening relations between Turkey and various countries of the world on the commercial level.

-Transformation of the Bosphorus Strait area into a tourist area.

-This canal will provide a lot of job opportunities and reduce the unemployment rate.

-It will reduce the risk of earthquakes affecting the city of Istanbul.

How has the new canal affected the attraction of foreign investments?

It is undeniable that the presence of this canal has a lot of influence on the decision of foreigners and investors to buy real estate in Turkey and invest in real estate in it, because since the foundation stone was announced for this canal, real estate prices in Turkey began to increase significantly during short periods, and it is expected that the completion of construction work causes prices to jump dramatically, and this gives the foreigner the opportunity to make high profits, especially if he bought when prices were moderate or cheap and resold when prices rise where he can benefit from the price difference that will result between the buying and selling stages. Likewise, if you want to rent real estate, the returns will be large throughout the year.

Just pointing out that the most important international companies have turned their attention to the areas near the new canal in order to be their headquarters, and this will bring them a lot of benefit and thus will be reflected in many sectors in Turkey.

A large number of construction companies in Turkey have directed their attention to the areas near the new canal in order to build their luxury real estate projects of international standards.

Areas near the new canal:

In general, the city of Istanbul in its various areas will be affected by the new canal, but the greatest impact will be on the nearby ones, most notably:

Basaksehir, which is the first cradle of luxury residential complexes of a luxurious and modern style, and construction companies are working on building many modern and important projects in it. It is expected that real estate prices in it will record a significant increase with the completion of work on the canal.

It should be noted that prices in it during the last three years have increased by 45 %.

Arnavutkoy, which is characterized by a refined rural character and which hosts the largest air transport station in the world, has been influenced by the group of important projects that surround it.

In order to see more news and details regarding the Turkish reality and the latest developments in the Turkish arena, whether it is news related to the real estate field or the regulations and laws issued by the concerned authorities.