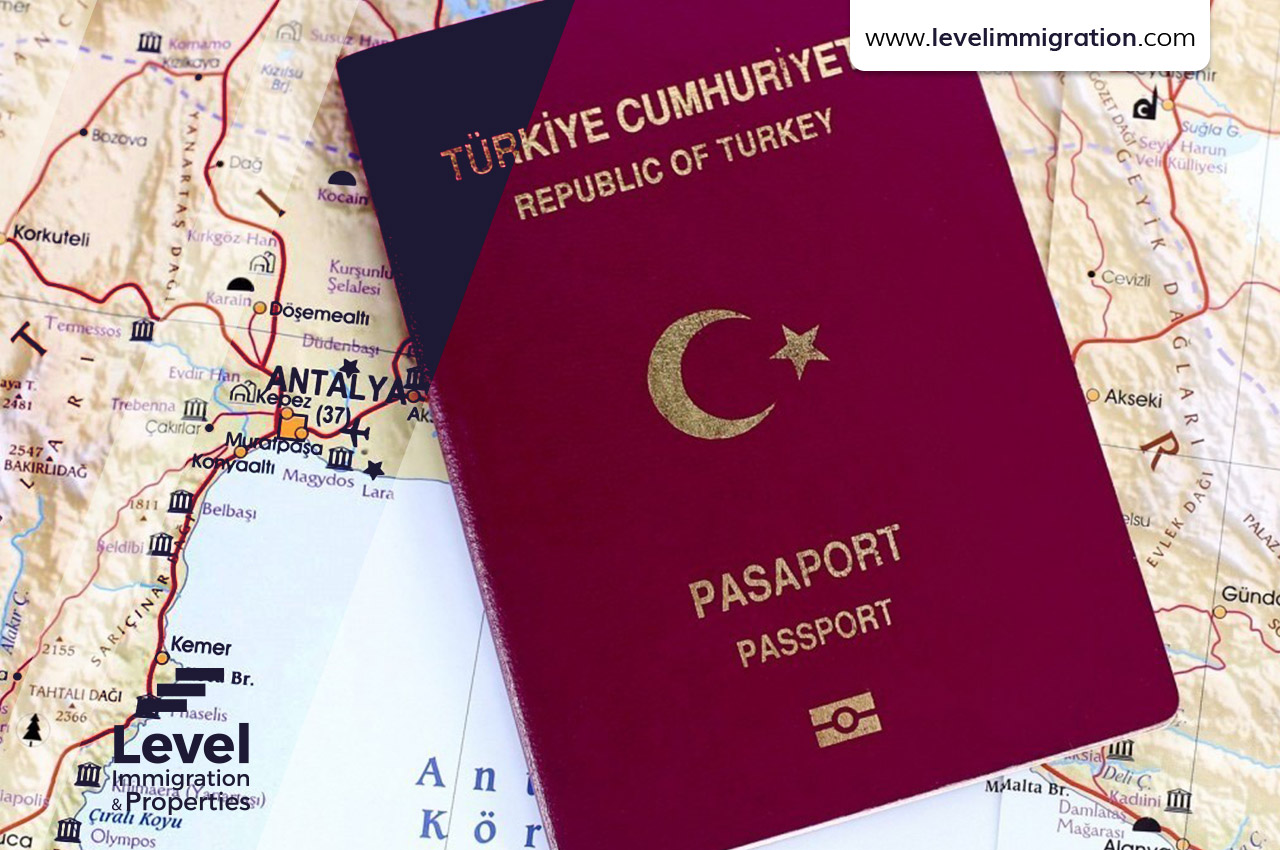 Turkish citizenship has always been the primary goal for anyone who wants to buy real estate in Turkey, and according to what was announced by news agencies during the past year, more than 40% of those who bought apartments in Turkey aimed to obtain that citizenship, so what are the reasons for any foreigner around the world in order to apply for it? Why is it not the other important nationalities of the world?

In this article, the editorial team will provide you with important information about Turkish citizenship and highlight the latest amendments that have been issued by the Turkish government a short time ago.

The laws in Turkey are known to be very flexible, as the Turkish government constantly issues many laws and amendments in line with the public interest on the one hand and which helps in attracting foreign capital on the other hand, because this has a positive impact on the various sectors of life in the country.

Through the following paragraphs, you can see all the amendments that were put forward thanks to the Turkish government regarding Turkish citizenship from 2018 to the current year:

-In late 2018, the Turkish government issued a few decisions requiring several amendments regarding foreigners obtaining Turkish citizenship in various ways. The main condition for obtaining that citizenship through real estate investment was that the price of the property be at least one million US dollars, but it reduced the amount to 250 thousand dollars only.

-As you know, Turkish citizenship can be obtained through commercial investment, and the amount should have been at least 2 million US dollars, but after the recent amendments, the amount became only 500 thousand dollars.

-As for those who wish to obtain it through bank deposit, the amount was at least 3 million US dollars, and after the amendment it became only 500 thousand US dollars.

-Citizenship can be obtained by establishing a business in Turkey and employing at least 100 Turkish people, while today it is sufficient to employ only 50 people.

In April of this year 2022 AD, the Turkish government issued a new amendment regarding the order to obtain Turkish citizenship through real estate investment, which was to raise the value of the appropriate investment to apply for it from 250 thousand US dollars to 400 thousand dollars as minimum.

Did the decision affect the investors to back off from taking this step? Certainly not, and this is confirmed by the reports issued by the concerned authorities. Most of those who accept real estate ownership in Turkey aim to obtain Turkish citizenship.

The importance of obtaining Turkish citizenship:

The investors around the world agreed that it is necessary to get Turkish citizenship because of the many advantages that can be obtained, which will have a great impact on the reality of their work and the profits that they will obtain. Through the following paragraph, you can see the most important advantages of applying for that citizenship:

1- Turkey’s relations with the countries of the world:

Did you know that the Turkish state has many close relations with the most important countries of the world, including the European Union, for this reason was enough to push foreigners, despite their different nationalities, to obtain Turkish citizenship, as this is an indication that there are advanced conditions at the political, economic and industrial levels commercial and others.

Turkey was not satisfied with its good relations with European countries, but also worked to establish distinguished relations with Arab countries such as the United Arab of Emirates, which began pumping billions of US dollars into Turkey, Saudi Arabia, Qatar and other countries, and this emerged after the exchange of visits between heads of state.

You should know that Turkey's relationship with these countries is not only on the political or commercial level, but also includes the cultural aspect. If you take a look at the Turkish reality, you will find that it is a mixture of multiple and different cultures, combining Asian, European, ancient civilizations and others.

You can apply for a Turkish passport directly after obtaining Turkish citizenship, which is considered one of the most powerful passports in the world at all, and this has emerged through the leaps it has achieved over the past few years. What you do not know is that it was ranked 50 and in the current year, according to what the platform for assessing passports in the world announced, it ranked 37th, and according to specialists, it is expected to make further progress in the coming years.

But where is the strength of the Turkish passport exactly?

-It allows its holder to enter 61 countries without a visa.

-A Turkish citizen can travel to 45 countries around the world with a visa that is automatically obtained upon arrival.

-8 countries around the world grant the holder of this passport the ability to obtain an electronic visa to travel to.

3- The rights of the Turkish citizen:

-Possibility to work in both the public and private sectors.

-Work in professions that a foreigner is prohibited from working in, such as: pharmacy - veterinary medicine - law - customs clearance.

-Turkish citizenship is permanent and can only be withdrawn in certain cases.

-Traveling and moving between the Turkish states with complete comfort.

Whoever holds Turkish citizenship will not have to give up the first nationality he holds, any citizenship of the country to which he belongs, then benefit from the advantages offered by both at the same time.

This was the most important information that interests you about obtaining Turkish citizenship. For more information and details, you can follow our website because we follow all new things to keep you informed of everything related to the Turkish reality.